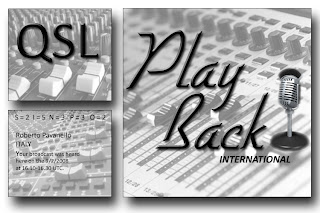 Albert Einstein, when asked to describe Radio, replied:
"You see, Wire Telegraph is a kind of a very, very long cat. You pull his tail in New York and his head is meowing in Los Angeles. Do you understand this?And Radio operates exactly the same way: you send signals here, they receive them there.The only difference is that there is no cat."

In 1893, in St. Louis, Missouri, Nikola Tesla made devices for his experiments with electricity. Addressing the Franklin Institute in Philadelphia and the National Electric Light Association, he described and demonstrated in detail the principles of his wireless work. The descriptions contained all the elements that were later incorporated into radio systems before the development of the vacuum tube. He initially experimented with magnetic receivers, unlike the coherers (detecting devices consisting of tubes filled with iron filings which had been invented by Temistocle Calzecchi-Onesti at Fermo in Italy in 1884) used by Guglielmo Marconi and other early experimenters.
The first public demonstration of wireless telegraphy took place in the lecture theater of the Oxford University Museum of Natural History on August 14, 1894, carried out by Professor Oliver Lodge and Alexander Muirhead. During the demonstration a radio signal was sent from the neighboring Clarendon laboratory building, and received by apparatus in the lecture theater.
In 1895 Alexander Stepanovich Popov built his first radio receiver, which contained a coherer. Further refined as a lightning detector, it was presented to the Russian Physical and Chemical Society on May 7, 1895. A depiction of Popov's lightning detector was printed in the Journal of the Russian Physical and Chemical Society the same year. Popov's receiver was created on the basis of Lodge's receiver, and originally intended for reproduction of its experiments.

In 1896, Marconi was awarded the British patent 12039, Improvements in transmitting electrical impulses and signals and in apparatus there-for, for radio. In 1897 he established the world's first radio station on the Isle of Wight, England. Marconi opened the world's first "wireless" factory in Hall Street, Chelmsford, England in 1898, employing around 50 people.
The next great invention was the vacuum tube detector, invented by Westinghouse engineers. On Christmas Eve, 1906, Reginald Fessenden used a synchronous rotary-spark transmitter for the first radio program broadcast, from Ocean Bluff-Brant Rock, Massachusetts. Ships at sea heard a broadcast that included Fessenden playing O Holy Night on the violin and reading a passage from the Bible. The first radio news program was broadcast August 31, 1920 by station 8MK in Detroit, Michigan. The first college radio station began broadcasting on October 14, 1920, from Union College, Schenectady, New York under the personal call letters of Wendell King, an African-American student at the school. That month 2ADD, later renamed WRUC in 1940, aired what is believed to be the first public entertainment broadcast in the United States, a series of Thursday night concerts initially heard within a 100-mile (160 km) radius and later for a 1,000-mile (1,600 km) radius. In November 1920, it aired the first broadcast of a sporting event. At 9 pm on August 27, 1920, Sociedad Radio Argentina aired a live performance of Richard Wagner's Parsifal opera from the Coliseo Theater in downtown Buenos Aires, only about twenty homes in the city had a receiver to tune in. Meanwhile, Regular entertainment broadcasts commenced in 1922 from the Marconi Research Centre at Writtle, England.
In 1960, Sony introduced its first transistorized radio, small enough to fit in a vest pocket, and able to be powered by a small battery. It was durable, because there were no tubes to burn out. Over the next 20 years, transistors replaced tubes almost completely except for very high-power uses. By 1963 color television was being regularly transmitted commercially, and the first (radio) communication satellite, TELSTAR, was launched. In the late 1960s, the U.S. long-distance telephone network began to convert to a digital network, employing digital radios for many of its links. In the 1970s, LORAN became the premier radio navigation system. Soon, the U.S. Navy experimented with satellite navigation, culminating in the invention and launch of the GPS constellation in 1987. In the early 1990s, amateur radio experimenters began to use personal computers with audio cards to process radio signals. In 1994, the U.S. Army and DARPA launched an aggressive, successful project to construct a software defined radio that can be programmed to be virtually any radio by changing its software program. Digital transmissions began to be applied to broadcasting in the late 1990s.

The history of pirate radio--radio broadcasts offered by unlicensed broadcasters as alternatives to licensed, commercial radio programming--is difficult to trace, both in America and the Europe since mention of pirate broadcasts of a less-then-thrilling nature are rarely found. Also, until 1927, the U.S. government did not formally regulate broadcasting and spectrum allocation. The best-documented examples of pirate radio come from England, where pirate radio thrives. The UK pirates, such as Radio Caroline and Radio Veronica, operate their stations for profit, broadcast virtually around the clock, and solicit advertising from large, coprorate sponsors. Moreover, the UK station owners are usually financially affiliated with music publishing firms or record companies. In contrast to the UK pirates, U.S. pirate radio stations operate on shoestring budgets, broadcast irregularly, rarely attempt to turn a profit, do not solicit advertising, and keep a very low profile. The Federal Communications Commission has an attitude of "selective enforcement," meaning that it acts on complaints and interference, but does not seek out pirate broadcasters. Although ostensibly pirate radio provides an alternative to commercial radio broadcasts, in reality pirate radio broadcasts do not offer a substantially alternative form of programming.


In February 2008 a new station is born: PlayBack International
Be free – listen to Pirates